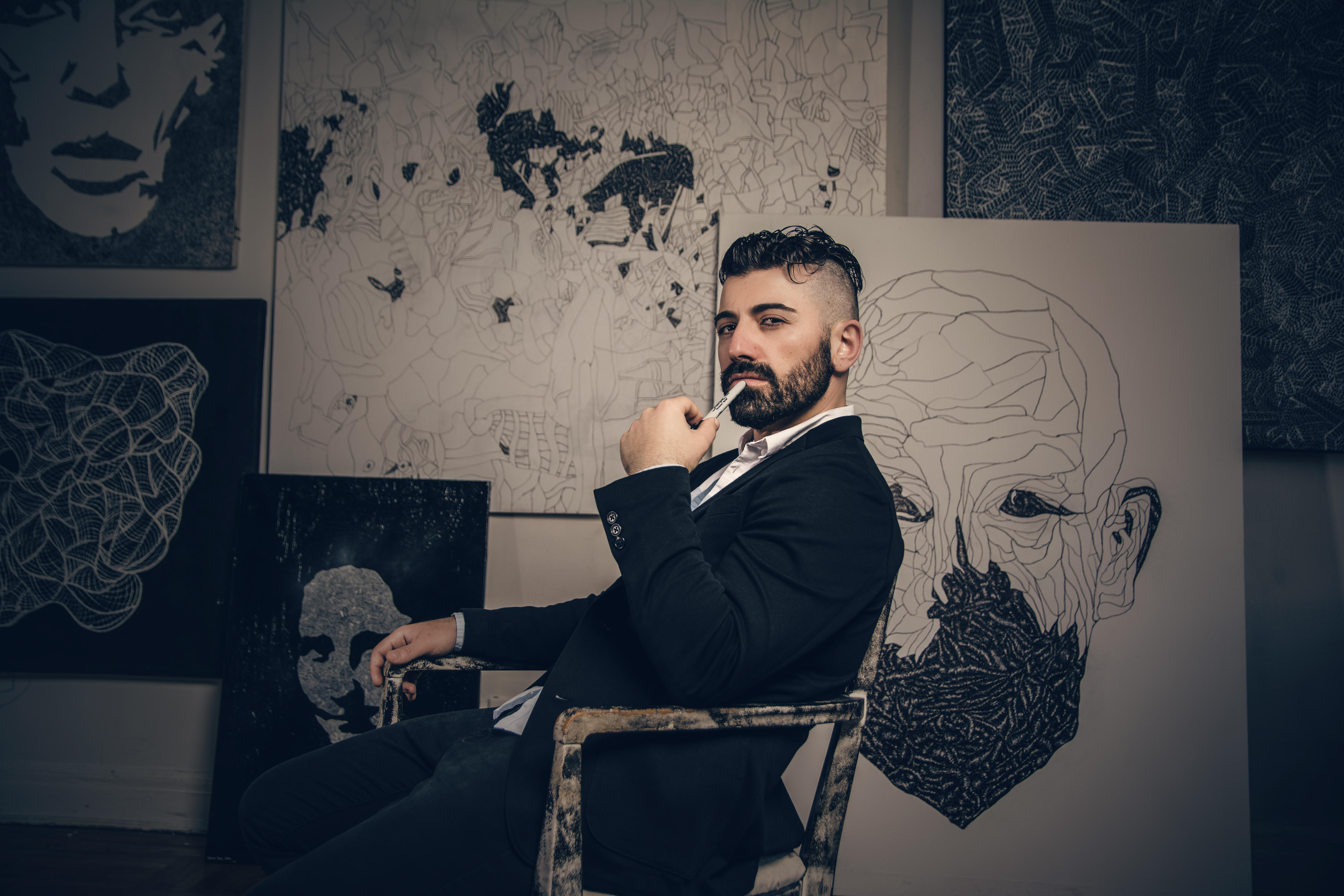 Virtual Gallery
Biography Artistic Process Articles Awards / Exhibitions
David Paul Kay is a New York City-based American contemporary artist & muralist. Originally from Eastern Europe (former Soviet Republic of Georgia), David migrated to the United States in 2008. As a self-taught artist, Kay has always experimented with various different techniques; though his career evolved soon after moving to New York City in early 2009 and developing his signature monochromatic style.
Using vibrant lines, shapes and intricate compositions David transforms blank surfaces into complex yet simple to read narratives. Kay's obsession with detail, the versatility of scale, and perspective lead to the creation of hundreds of his drawings, paintings, murals, and sculptures.
David’s work has been exhibited and included in private collections in the United States, Europe, and the Middle East, and Africa, including artist residencies in Los Angeles, London, and the South of Spain. The artist has collaborated on global campaigns and private commissions with major brands such as Montblanc, PayPal, Cadillac, Equinox, and others. David’s work has been featured in Forbes, Architectural Digest, Vogue Italia, Wallpaper, Haute Living, Gotham Magazine, AM New York, Journal du Design, VAMP Malta.
Psychoanalysis
Series of thought experiments used as a unique form of storytelling.

Empire of the Sun

See all
Underdogs
Exploration of the emotional and cerebral state.

See all
Matter
Where the artist observes the fabric of the universe.

See all
Lifespan
Lifespan series started during the 2020 pandemic and it was inspired by the core dynamics that are common to all forms of known life. The artist finds inspiration in the complex process of birth, growth, and continuity and depicts it in a very saddle yet intricate way. The growth takes place from the core and evolves inside out through ever-changing waves that are mostly harmonized throughout the journey of evolution.

See all
Icons
The 'Icons' series is a tribute to universally recognized iconic figures.

Private Collection in the USA