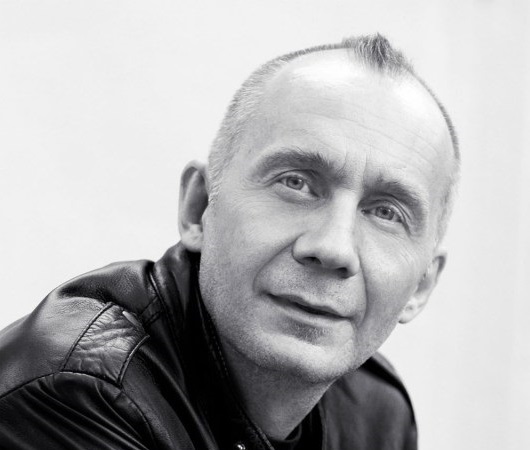 Virtual Gallery
Biography Artistic Process Articles Awards / Exhibitions
Laurent Elie Badessi is a Franco American fine art photographer born in France. He belongs to a family with three generations of photographers. From an early age, this enabled him to explore and appreciate the art of photography.
After studying language and communication sciences at Université des Lettres d’Avignon, Badessi enrolled in a photography course at Université Paris VIII. Curious about the psychological aspects of the interaction that occurs between a photographer and his sitter during a photo session, he decided to base his M.A. thesis on that subject, and spent several months in Niger, Africa taking photographs of isolated tribes that had never or very rarely been exposed to the medium. For this project, he received many prominent awards and grants including La Bourse de l’aventure with Fujicolor and the Humanity Photo Award with UNESCO.
Badessi started his career in Paris and continued working abroad before moving to the United States in the early 90s.
After spending ten years focusing on the human figure, his work SKIN, was compiled in a book of the same name internationally released in 2000 by Edition Stemmle. The book contains a foreword written by Sondra Gilman, Founder and Chairperson of the photography committee at the Whitney Museum.
AGE OF INNOCENCE - Children & Guns in the USA
On the occasion of the publication of his new book “Age of Innocence” (ed. Images Plurielles), Laurent Elie Badessi presents at Art Trope Gallery, in partnership with Polka Galerie, a selection of 27 photographs.

I have been living in the United States for almost thirty years. I have been intrigued by the gun culture in this country since the first day I arrived on American soil. I began working on « Children and Guns in the United States » in 2016, and have been interested in creating a series of photographs on this subject for quite some time.
I left Paris for Houston in 1991, where I lived for about four years before moving to New York City. As a Frenchman, I had never been in contact with firearms. It was in Texas that I was surprised to find out that it was perfectly normal for a child, even at a very young age, to go to a shooting club or to go hunting with his parents. In the years that followed, I traveled extensively across the country for various photographic projects and realized that ÿ rearms were popular throughout the United States. They did not symbolize danger but rather safety.
This is a controversial subject in the country because, to date, the number of guns in circulation in the country is believed to be the highest in the world: more than 300 million. Many people fear that mass shootings have become more and more frequent because of the easy access to firearms.
For some, guns are an object of desire, for others, an object of hatred, an issue that fascinates and polarizes American society. Children around the world have been playing with fake guns for generations. Without a doubt, guns are part of our daily lives, whether we like it or not !
The objective of this photographic work was to try to understand why guns appeal to so many Americans. My goal was to remain as neutral as possible and to explore this fundamental aspect of American society by highlighting and documenting the relationship that children and teenagers have with guns today.
I let the children express themselves in front of my lens and gave them the same freedom to answer the simple question: « What do you like about guns ? » In these photographs, these young people have real weapons or toys in their hands, revealing the blurred border between fiction and reality in this field.
It should not be forgotten that the majority of deaths and accidents caused by firearms, of which children are victims, occur when they did a weapon left unattended while playing or decide to show off with it. In this book, one thing is clear: safety is a top priority. The innocence of youth can include or exclude weapons. For some, protecting themselves means living with weapons, for others, protecting themselves means living without weapons. Whose last word ?